Today,  I set myself the task of writing/demoing a song.

In all honesty, I wrote the skeleton of this tune last Friday, August 5, 2016.  I have spent today fleshing out the ideas on Logic.  Just to note, this version of the song is a DEMO and is not something I would “officially” release. The click track can definitely be heard in the opening verses and it is certainly NOT mixed.   🙂

If you are an artist who is in the habit of writing, you might start with a basic sketch like this before committing to the idea of recording.  Technology has allowed artists the incredible power to record in real time.   Despite this, I still like to work “old school”:  writing, demoing, revisiting the ideas, followed by a recording session in a studio environment.  A solo artist’s progression can become pretty lonely and I am not in the habit of achieving well placed sounds. Essentially, I like to trust in a different set ears to oversee my music.  Which is is why I prefer to work with a producer at the final recording stage.

Anyway, I would like to introduce you to my new song which is currently in its demo/pre-production stage.

In the study of dream analysis, water can often represent emotions or the unconscious.  The concept of water representing emotions appeals to me on a number of levels.  As a result, I have been playing with this metaphor in a collection of new songs: “Dark River”, “Drown”, and now this new song, “The Lake of Sand and Stone”.

The lyrical nature of “The Lake of Sand and Stone” is metaphorical.  The lake stands for one’s emotions,  immersed deeply in lake of self doubt, only to realise the behaviour has become destructive.  It is this idea of pushing someone or something you love away because you don’t want them to be hurt by your own failings.

Some of you may remember the experience of swimming in a pristine creek, river, lake, or ocean.   In my case, I recall swimming in a creek at my uncle’s working farm just outside of Gympie.  I have a lot of pleasant memories pottering around the rocks, creek, trees, just by myself, exploring.  But the memory is also coupled with this sense of lonely wandering and disconnect from people.   Nevertheless, it was the perfect accompaniment for a soul who was content to be in one’s own old world and mind.

I love the water and I also love the way water carries your body into weightlessness.  In the water, your body finds a position where there is no pressure, no pain, no sound – just quiet stillness.  To me, water can also symbolise the idea of being “swept up in one’s emotions”.   If there is one thing I have learned, creating songs and music is the best strategy I have to fight those dark, sweeping, emotive shifts which can sometimes overpower.

The Writing Process of the Sound

The beginnings of “The Lake of Sand and Stone” started as a simple guitar riff on nylon string, old Yamaha G-55.1   The guitar belonged to my husband’s late father.  I play it without a high E string – the string broke years ago and I have been too preoccupied to replace it – but more so because I like how it sounds…..incomplete.

In the demo, you might notice the nylon guitar is flat. I have tuned it this way!   Sonically, this is designed to represent the theme of imperfection and create a discordant and unsettled feeling to the song.    I have borrowed this idea from one of my favourite songwriters,  Beck “Pay No Mind”.

After writing the initial guitar riff, (which inevitably lead to the creative flow of the song), I quickly added some chordal changes which precipitated into a chorus.  I then carried the vocal melody around with me for a few hours, like a secret. I always enjoy this part, because I feel like an explorer discovering a new country, or planet.   In this space of discovery, I like to let the melody rest in my sub-conscious, while I acquaint myself with the melody’s rhythm and movement.

Last Friday afternoon, I really struggled to find words. But even so, I decided that they would be written regardless.  The process was much like extracting a tooth.  Eventually, the phrase “you’re in my lake” came from the pen. (Yes, I write with a pen, not computer….. I am old).  Once I had found this opening phrase, the remainder of the lyrics were “unlocked” and the song kindly revealed itself. Over the years, I have learned to be patient in this part of the creative phase and to not allow a condescending voice near my mind.

When it came time to demo and record the song, I started to flesh out the song and its parts.  I added my grandmother’s piano, making the chords repeatedly descend into heavier and darker tones, just like the idea of sinking to the bottom of a lake or ocean floor, with the aim of making a disintegrating emotion in the song.

I also used my Casiotone 405 on both the harpsichord (with delay) and organ pre-sets to generate a synthetic strings pad.  Ideally, my goal was to sonically re-create the feeling of being underwater and to underpin the themes of isolation and and disconnect from the real world.

There is also the addition of two unison backing vocals, one harmony backing vocal plus an extra piano track where I played staccato piano stabs to create a texture which would represent delicate failure.  You might not be able to hear this yet, because my demo is not polished, nor is it finished.  This creation is still very much in its infancy.

Overall, I am comfortable with the direction and feeling of the song, although I can pick its recording and sound to pieces, but that’s ok…… for the moment.  I hope I have at least made a good map of the song’s personality.

Here is link to the demo, as well as some pics/lyrics from the day.

The Lake of Sand and Stone (demo)

I would be on the lake’s floor
Still….with the silt and sandy
Watching you float way above me
Rising to light
Without me

You met me at the lake’s fro
The shade bound me to sink low
If I could be certain that you would surely soar………
You must know
It was everything I had to give? 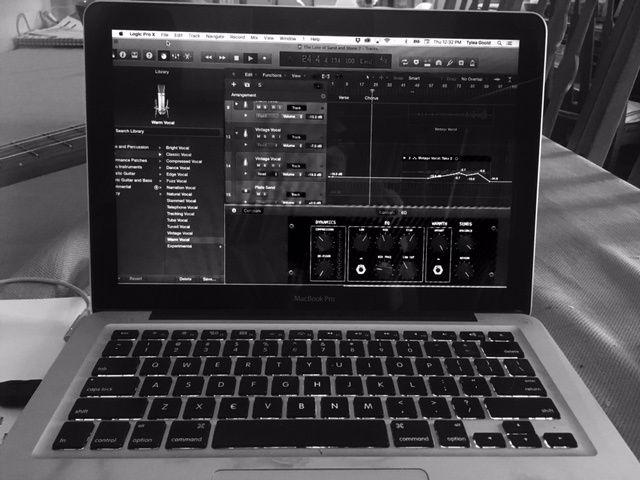 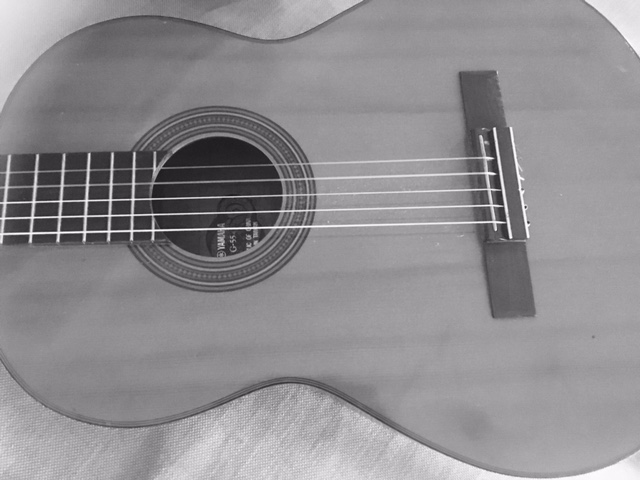 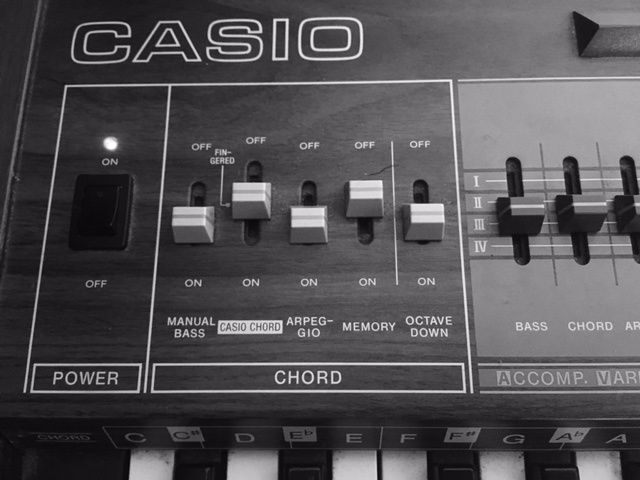